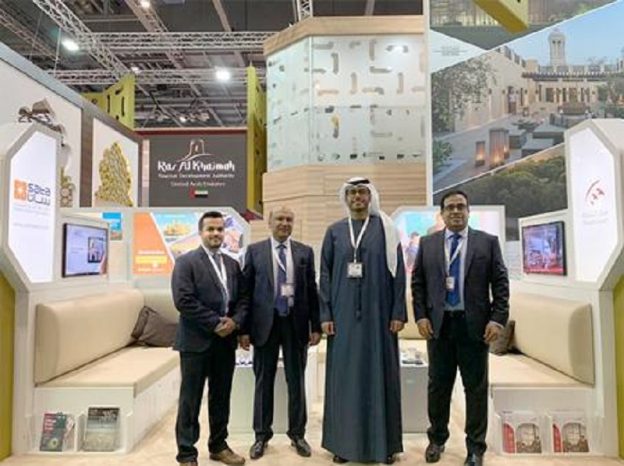 Sharjah Airport Authority (SAA) has concluded its participation in the World Travel Market (WTM), the world’s leading travel industry event, which was held in London from November 4th to 6th. The Authority participated under the umbrella of Sharjah Commerce and Tourism Development Authority (SCTDA) with a number of other government and private organisations involved in the Emirate’s travel and tourism sector.
SAA’s participation reflected its continuing efforts to take part in important international events and exhibitions in order to enhance collaboration with its partners and explore prospective new partnerships. The Authority held a number of meetings, highlighting the Airport’s services for passengers and companies and the plans for expansion.
SAA is keen to participate in WTM London each year due to the importance of the Travel Market and its exhibitors and participants. WTM is an opportunity to showcase Sharjah Airport’s services and facilities to companies that are interested in the region and to attract more European tourists to Sharjah.
During the Travel Market, SAA held several meetings with current and potential partners, highlighting Sharjah Airport’s latest developments and prominent features and services that have contributed to the 12.9% increase in the number of passengers travelling through the Airport in the first nine months of 2019. This year, there were 10.2 million passengers as compared to 9.05 million during the same period last year. During the third quarter of 2019, the Airport handled 3.61 million passengers, an increase of 8.85% over the 3.32 million passengers during the same period in 2018. SAA also presented its AED 1.5 billion plans for the Airport’s expansion, which includes the passenger terminal building expansion to increase the airport’s capacity to accommodate 20 million passengers by 2025.
By participating in a number of international exhibitions, SAA and SCTDA work to achieve the common goal of promoting Sharjah as a distinctive tourist destination.
Sharjah Airport Travel Agency (SATA) also participated in WTM 2019, promoting its services and year-round offers, particularly those for the winter season. Through its participation, SATA networked with other companies from around the world to explore opportunities for fruitful future collaborations.