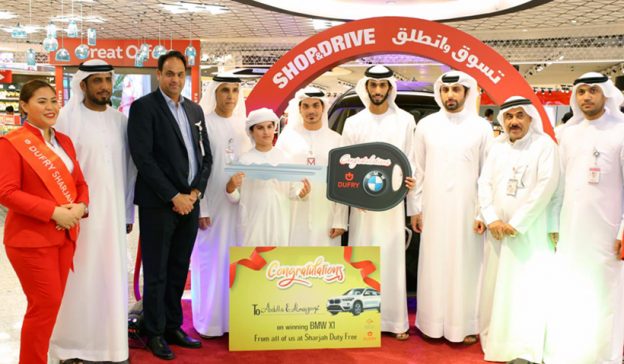 Felix Brunner said, “The ‘Shop and Drive’ campaign is part of a series of promotions by Dufry to motivate passengers who are travelling through Sharjah Airport to take advantage of the variety of options at the Duty Free.”

Sharjah Airport Duty Free shoppers have the opportunity to enter the car raffle –
which is held once every Four months – when they spend AED 200 or more at the Duty Free.

Dufry Sharjah has been in Sharjah Airport for 26 years. Dufry, a global retail company with a 25% share of the worldwide market, operates in 58 countries and more than 1,650 stores across five continents.