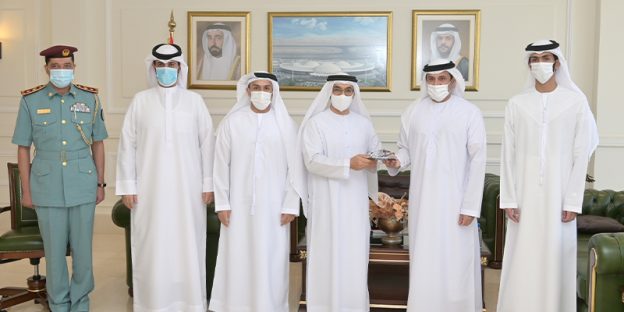 Sharjah Airport Authority has collaborated with Sharjah Driving Institute to launch an initiative aimed at localising technical jobs in the Fire and Rescue Department. As part of the airport’s strategy to qualify and attract Emirati cadres to various departments within the authority, in a bid to keep pace with the state’s directions in raising the rates of Emiratization.

Increase the percentage of Emiratisation in administrative and technical jobs

His Excellency Ali Salim Al Midfa said: “Sharjah Airport Authority, within the framework of the vision of His Highness Sheikh Dr. Sultan Bin Muhammad Al Qasimi, Member of the Supreme Council and Ruler of Sharjah, is working to enhance the participation of national cadres in various fields of work.”

Sharjah Airport Authority remains keen to ensure that Emiratisation is at the core of its operational and development strategy. The strategy includes innovative programs and initiatives to attract and train citizens to the highest international standards.

His Excellency Ali Al Midfa added: “Sharjah Driving Institute’s support for this initiative represents a new step to open employment opportunities for citizens, which would contribute to achieving sustainable development and enhancing the participation of national cadres in all departments.”

Giving citizens opportunities for new career experiences
Regarding this contribution, His Excellency Al-Tarifi said: “This initiative will not be the last because it is part of the institute’s strategic plan to support Emiratisation initiatives in the public and private sectors.

Giving citizens opportunities for new career experiences
His Excellency Al-Tarifi said: “This initiative will not be the last because it is part of the institute’s strategic plan to support Emiratisation and give citizens opportunities to pursue new job experiences and thus gain more practical employment skills. The Sharjah Driving Institute, through the diversity of its training courses, adopts a methodology of the highest standards and continues to invest in developing society and strengthening partnerships across all sectors. ”

This initiative aims to nationalize the technical jobs in the fire department, and is part of the authority’s annual initiative to increase the nationalization rates in various departments and divisions.